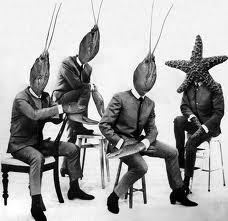 If the audio stops playing, press stop and allow time for the stream to load.
We go back under cover this week and listen to another 55 minutes of popular tunes performed by not so popular bands. We start of with two blistering mod covers of soul numbers: Heat Wave by The Who and I'll Keep Holding On by their less-successful but equally sharp contemporaries The Action. Then we're right into one of the oddest covers in the play list – the Residents' version of James Brown's This is a Man's, Man's World. My highlight this week is Caetano Veloso's touching re-imagining of Help.
Posted by Simon Johns at 09:01 No comments: Links to this post

Here, there and anywhere 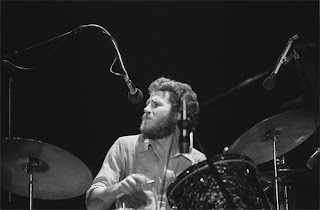 If the audio stops playing, press stop and allow time for the stream to load.
We're all over the place this week: here, there, everywhere and nowhere. The first song by The Beatles (a rare appearance on this programme) sets out the store this week. The rest speak for themselves. But we close on a memorial to two musicians that have gone before. The first is Greg Ham, the saxophonist and flautist with Australian pop band Men At Work, whose hit "Down Under" is memorable for being one of a few songs to mention the sandwich spread Vegemite. The second was the great Levon Helm, drummer and singer of The Band, who finally succumbed to cancer this week. We also say goodbye to Aytan Alpman, who passed on Saturday. (Not my bardak of cay, however.) Farewell all three.

Posted by Simon Johns at 12:35 No comments: Links to this post

Farewell Greg Ham.
Posted by Simon Johns at 21:38 No comments: Links to this post

Simon Johns
The Turkish Kiosk Project is an archive of the ubiquitous fibreglass huts found all over Turkey and further afield.